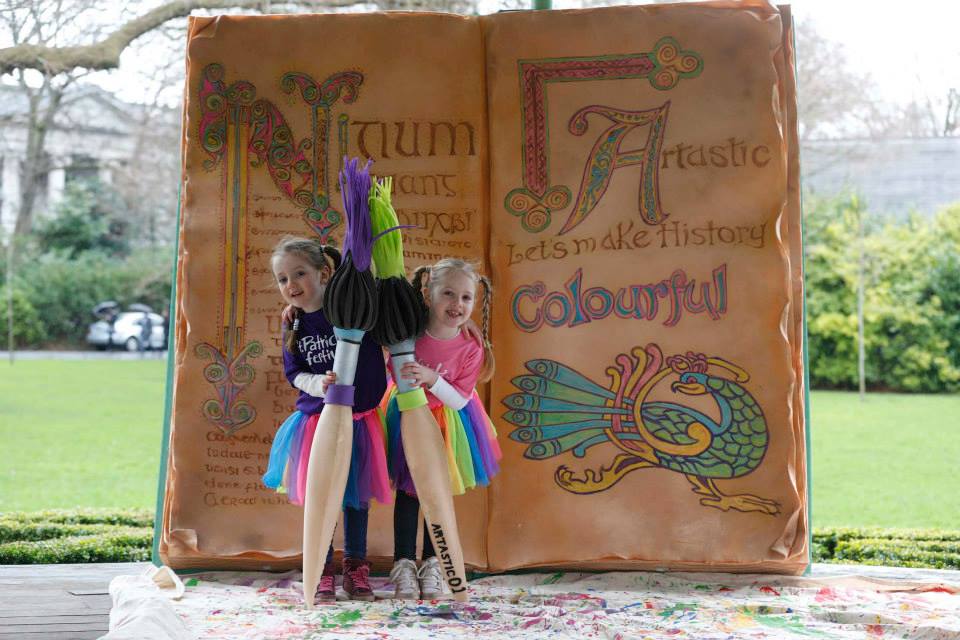 Since 2003 Artastic have created a pageant spectacle for St Patricks festival parade in Dublin, using a variety of community groups along with our talented artists. This blog will describe in brief of a spectacle along with credits to those involved in the year 2014.

Artastic is a street spectacle company based in Kildare, under the artistic direction of Vijaya Bateson and Caitriona McGowan. Artastic was founded in 2003 by Vijaya Bateson.

Artastic annual programme will include but not limited to a new production for St Patrick’s Day Festival in Dublin, as well as many National Festival including Rose of Tralee.

Artastic is involved with four different parades today around Ireland.

This was Artastic’s 12th year involved with our national St Patrick’s parade in Dublin.

Story line :   Artastic known for colouring our Urban landscapes with its colourful creations, was looking at how sometimes our history looked a bit grey. The Artastic Artists imagined if they could go back through or history books, how they might add a bit of colour and carnival to some of our history. Artastic’s artists set off with the fabric, paint and performers, adding a bit of colour and fun to the Celtic Ireland and the Myths that seem to be embossed into the history of the bronze and Iron Age in Ireland. 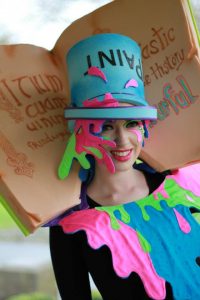 The first section represent the pages of our history books. Then we see brightly coloured monuments such as round towers and Celtic crosses. This era represents the span of time when Celtic culture is influence by Christianity that flooded Ireland

This section is led by Atomic dance group from the Liberties in Dublin. The groups are Choreographed by their director Mark Kennedy. 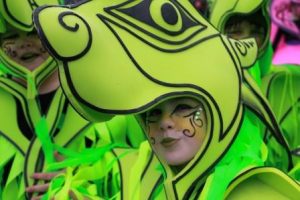 The Celtic era is well known for its artwork including many of the creatures that featured in their stories and daily life. Using this strong iconic imagery Artastic add intense colours to highlight the quality of their intricate interlace art work.

This represents Celtic women and warriors with colourful costume and oversize masks that depicts the strong character of these tribes.  Our Large puppets of the King Queen mark how these large groups settled into provinces with their rí ruirech, or king of the province as their leaders.

Finally we add a bit of colour to the well-told Myths of that time, Children of Lir, the Salmon of Knowledge and The fairies. We also want to include the Cliodhna the queen of the Banshees which in spite of our best efforts, she would not accept any colour than her infamous white appearance.

This section is performed by Friends of ARTASTIC

This year Artastic has a cast of over 130 performers from group such as;