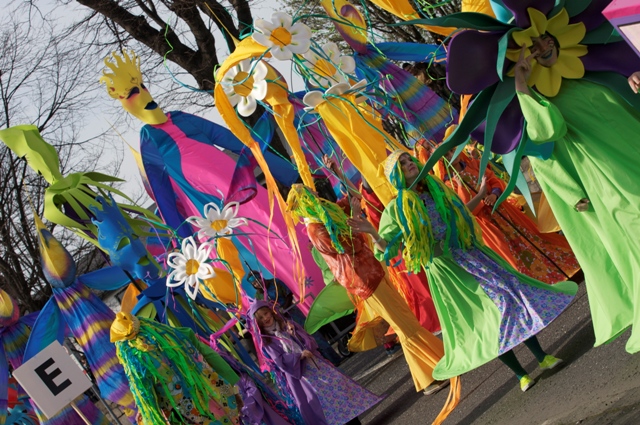 Since 2003 Artastic have created a pageant spectacle for St Patricks festival parade in Dublin, using a variety of community groups along with our talented artists. This blog will describe in brief of a spectacle along with credits to those involved in the year 2009

This is now stepping back a few years but we like to keep a record of our work, and their is a special personal story that goes with each of the parade for those involves so we wanted it to act as a trip down memory lane for anyone who wanted it.

The Age of Aquarius

Artastic’s pageant brings you on a journey through the age of Aquarius into the colourful and adventurous sixties. A time when hippies also became known as flower children because they often would hand out flowers to promote ideas of love and peace. The sixties was more than just a decade, it was a state of mind. The sixties were an exciting, revolutionary, turbulent time of great social and technological change:  unforgettable fashion, new musical styles, the first man landing on the moon, peace marches, flower power. Where “go with the flow” was the motto, “the sky is the limit” realized new expectations for mankind.

The visual concept is one of three stages. 1/The spiral dancers, 2/ the flower children, 3/one small step for man.

The spiral dancers leading the procession, who dance to the sound of the Beatles, represent the notion of ideas starting to escalate. Spiritual ideologies emerging from eastern continents which influenced western thinking. Social expectations been questioned and revolutions begin for human rights.    A race for technological advancement.

The flower children section is bedecked with a huge mix of colours. This section represents the state of mind that became known as the sixties. Wild fashion, new music, road trips, festivals, new ideals, a new found liberation which knew no limits. Visually we attempt to bring the eye of the observer upwards with this colour and height.

The final section ‘One Small Step for man’, is a simple, almost baby-like step into the infancy of the space age. Along with the Apollo rocket, our quirky moon dancers float around in the space gear, to represent the brave step out into the unknown. Rob Creage created the sound scape to accompany the section, which has an interesting mix, of moon landing recordings and sixties tunes to create a very bouncy tune. 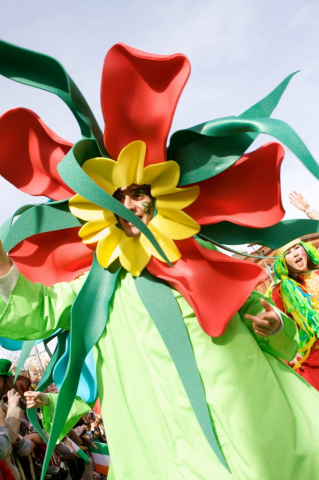 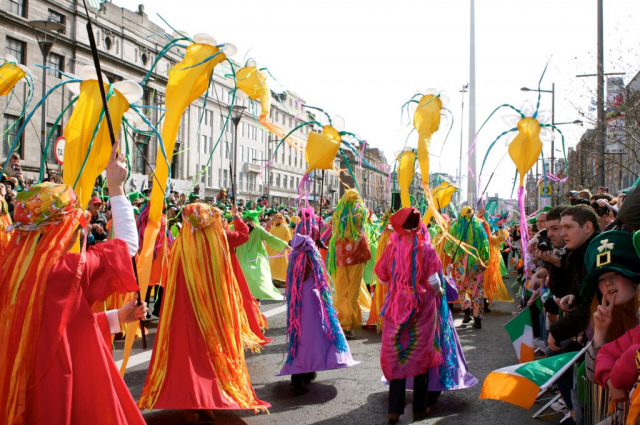 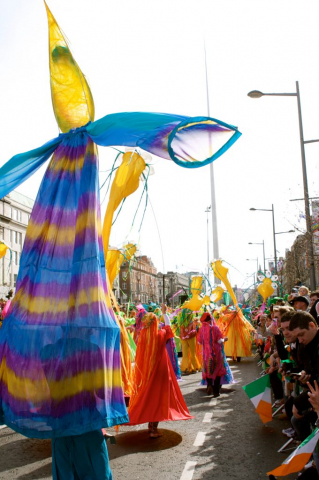 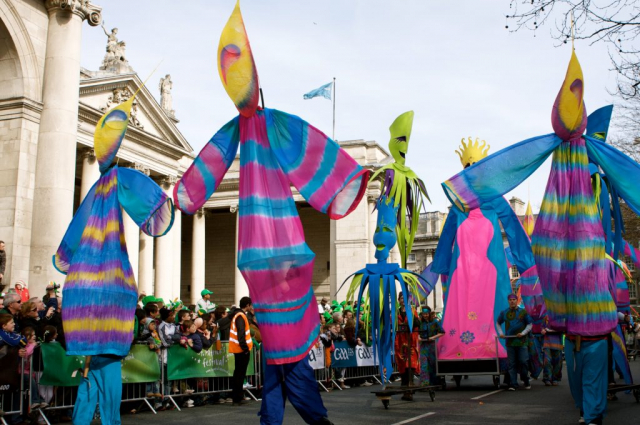 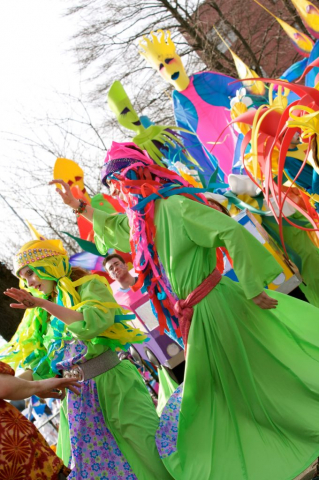 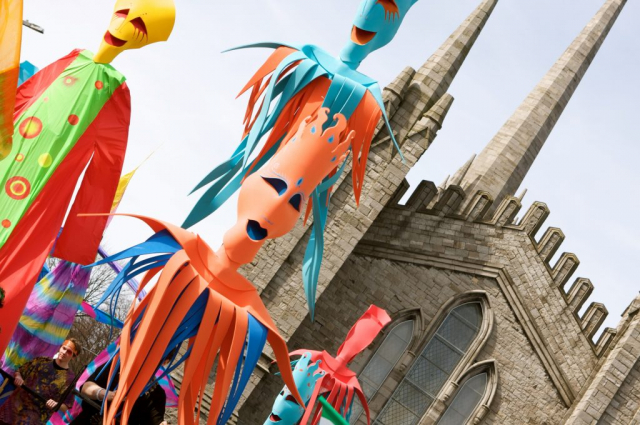 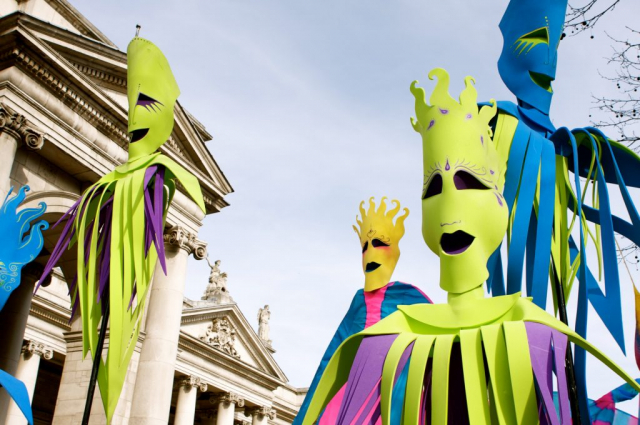 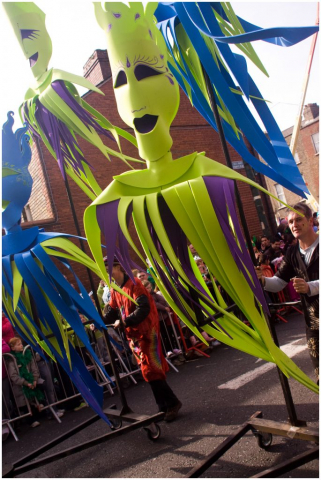 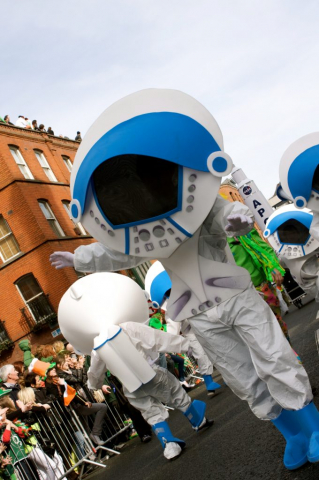 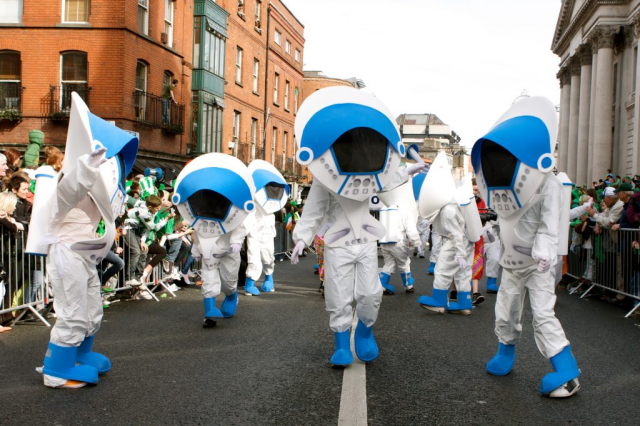 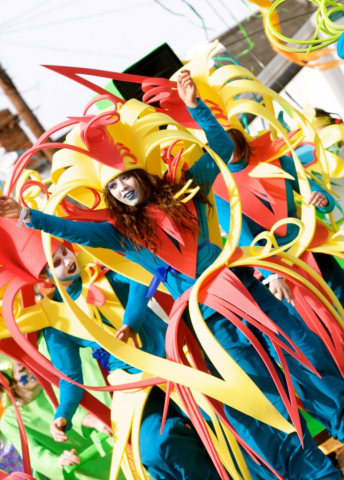 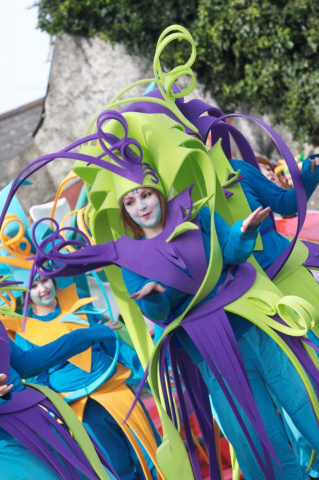 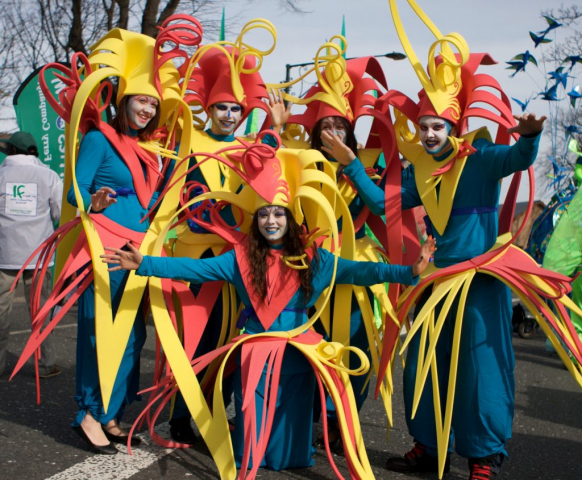 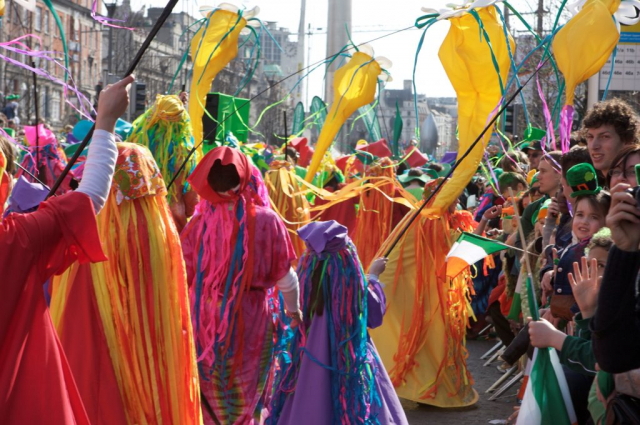 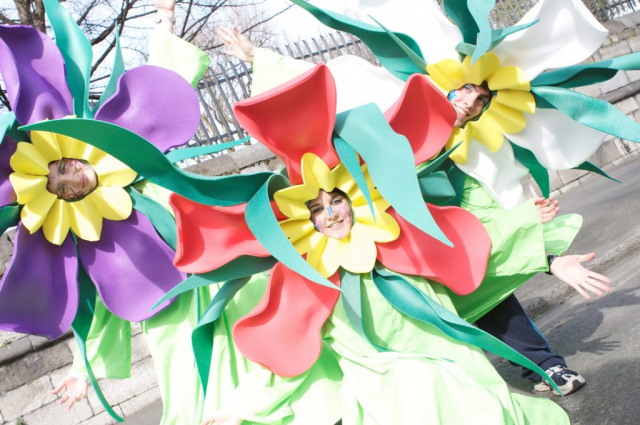 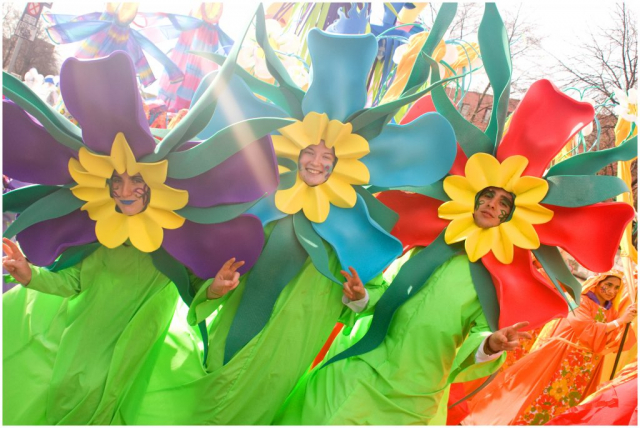 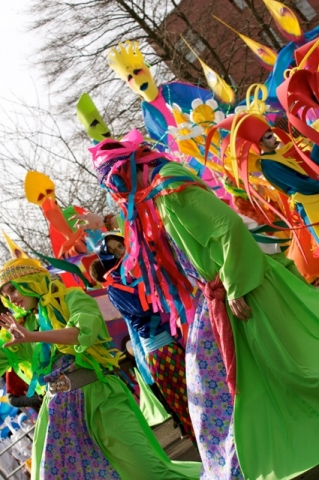 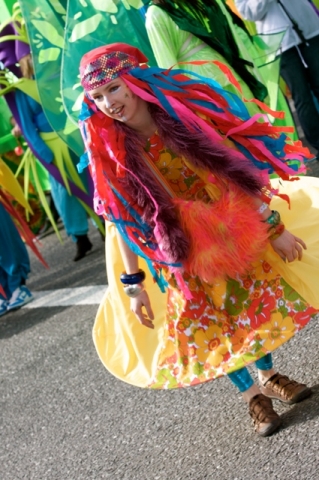 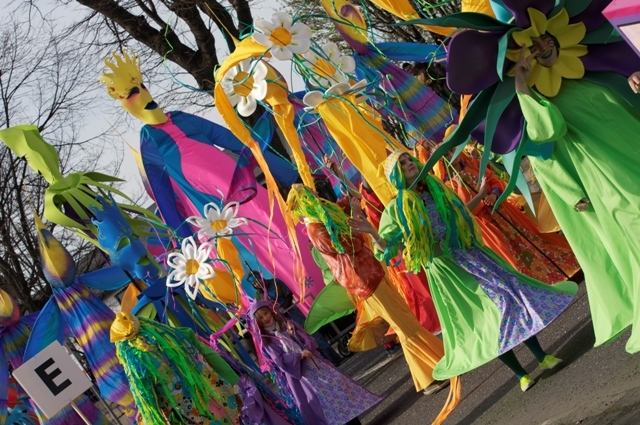 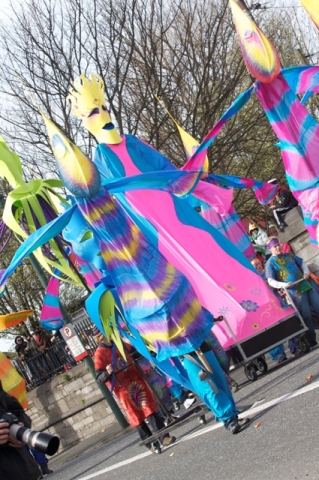 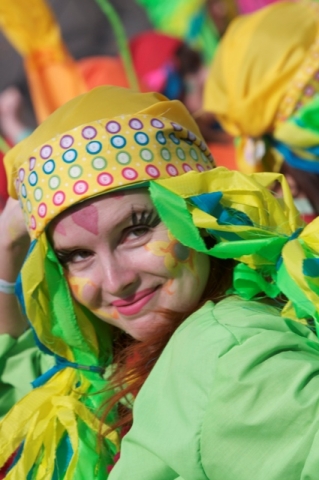 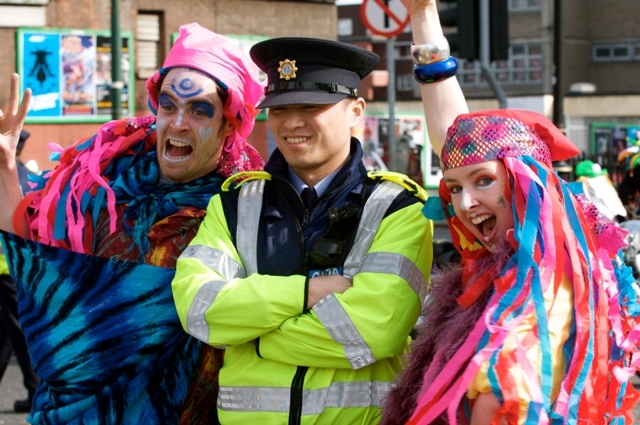 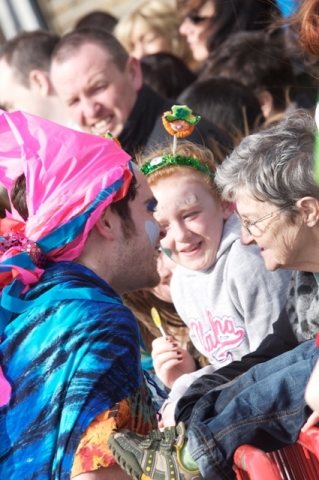 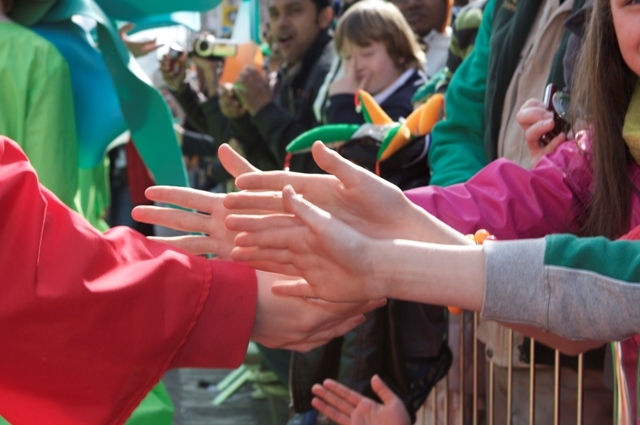 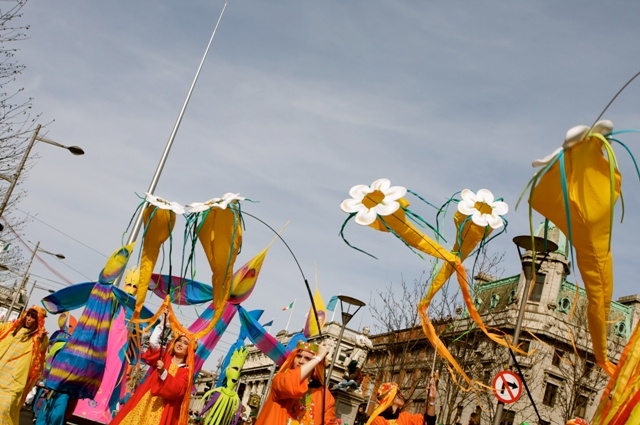 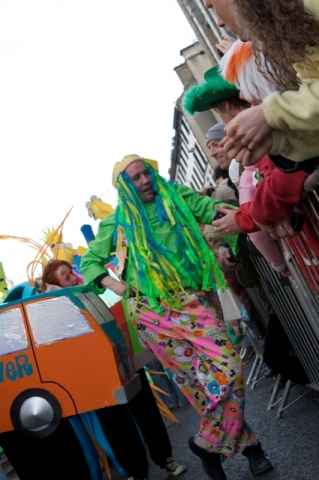 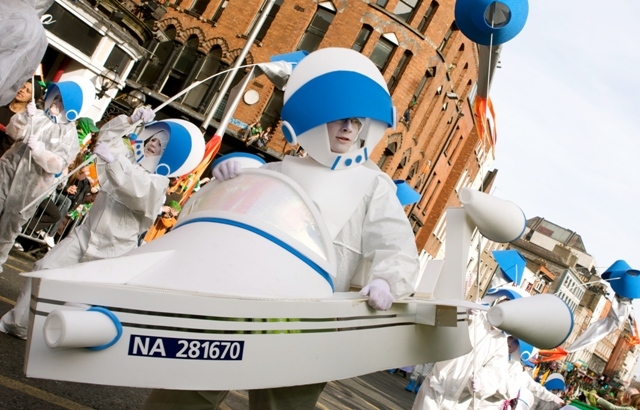 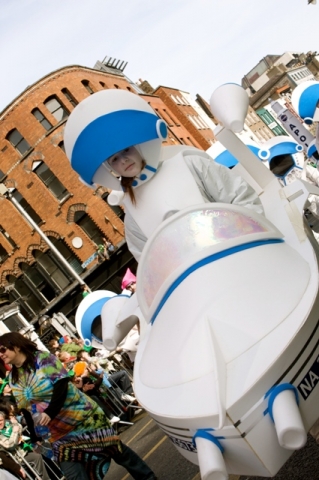 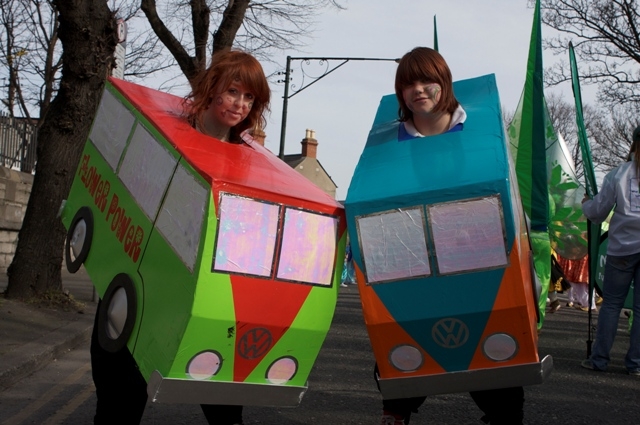 Our choreographer Paula O Reilly, and two artist Aoife FitxGerald (aka Aoife FitzPerfect)  and Kirtsen Armstrong , would have all been young participants in Artastic parades over the years, who have now become valuable assets to the creative team.