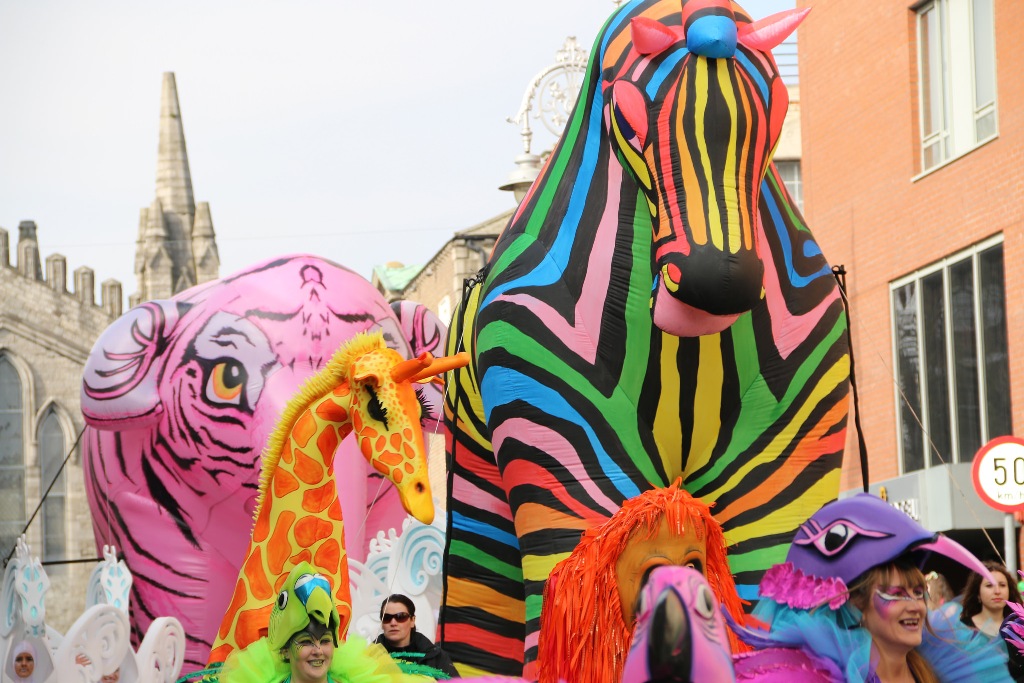 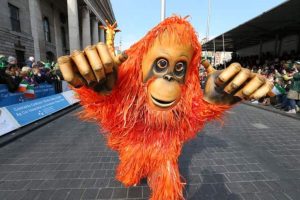 Since 2003 Artastic have created a pageant spectacle for St Patricks festival parade in Dublin, using a variety of community groups along with our talented artists. This blog will describe in brief of a spectacle along with credits to those involved in the year 2016.

The overall theme for the parade was “Imagine if” where everyone worked alongside young people to image what their future might be. This is what our bunch conceived of.

Artastic is a street spectacle company based in Kildare, under the artistic direction of Vijaya Bateson and Caitriona McGowan. Artastic was founded in 2003 by Vijaya Bateson.

Artastic annual programme will include but not limited to a new production for St Patrick’s Day Festival in Dublin, as well as many National Festival including Rose of Tralee.

This was Artastic’s 14th year involved with our national St Patricks parade in Dublin.

Story line :   Inspired the a vision of young people from Dublin’s north inner city Artastic create a pageant that embraces the Dublin City of the future as a visual and emotional place of welcome with the most unusual and interesting places to visit. The young people want their city to be a place of welcome to all. They hoped that Irish eyes would always be smiling and that we would greet their guests with a warm heart and a hug. Their ideas bring you on a tourist journey from Moore Street through the city up to Dublin Zoo in a very childlike colourful version of the future.

The parade opens with a warm Irish welcome, where Irish eyes are smiling and all are greeted with a big heart and hug to the Dublin of the future.

Follow the futuristic tour trail through the streets of Dublin conceived by the young people from the  north inner city.

The tour story starts from a very old traditional market that has now been revived but with a very unusual twist. Been conscious of having a healthier future the children imagined their famous Moore Street as a place for tourists to seek out our unique forty shades of fruit. The young people’s idea was that food biotechnology will have developed so that can produce fruit in every colour and a variety of tastes to suit everybody’s palate. You can even buy chocolate or sweets have been designed to actually help you lose weight. This would encourage us to eat healthy and live longer happier lives. After your fill of funky fruit take a trip through of colourful capital’s streets.

This section is led by Atomic dance group from the Liberties in Dublin. The groups are Choreographed by their director Mark Kennedy. 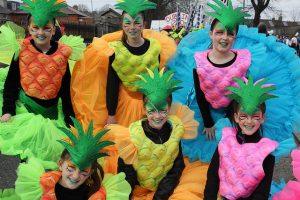 Moving away from the stereotypical image of a future of metallic buildings the children imagined a very colourful cityscape that was designed for people walking rather than cars. The buildings were influenced by the shape of our old round towers, but with a very funky difference. Although they hoped that in the future Irish people would speak mainly Irish, they conceived of multi Lingual interactive statues for the tourist to get directions from. These were commonly called ‘Giggle Guides’. To get around the city they imagined you get a E-taxi which was an environmentally friendly robot pedal power vehicle. Or you could jump on the sky luas, which helped you see the Spire from great heights as you head down over Phoenix park to see the jaw dropping Dublin Zoo.

This Section is performed by young people form Bradog Regional Youth Service’s in North Inner City, Dublin. This is the group who Artastic worked with to generate the idea about their future city. This section is directed by Mary Duffin 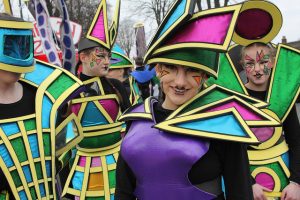 This section is where the tour finishes, but have we saved the best till last? Here you will see some of the most unusual aspects of the children imagination yet. Not unlike the mixture of fruits, Dublin Zoo if full of the most unusual mix of animals in the galaxy. No Joke, there are ‘Gir-havin-a-laughs’ a unique blend of giraffes and laughing hyenas. And there are ‘Tigerphants’ you guessed it, Tigers mixed with Elephants. Can you guess what the ‘Sworses’ are? Swan shaped like horses!  You can see a very special kind of monkey called ‘OranguSparkle’ along with ‘Glitter Snakes’.  Due to their cheeky interactive natures one the favourites in the zoo is in the ‘Exotic chaotic Zone’. There you will see a collection of weird, wonderful and beautiful birds like you never seen before.  Which one will fascinate you most?

This section is performed by first and second year Students from ‘3 Dimensional Design model Making and digital Art’ course in Iadt in Dun Laoghaire. 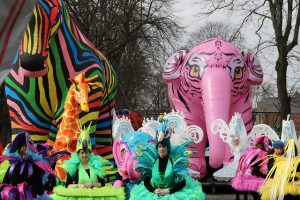 This year Artastic has a cast of over 100 performers from group such as;